The sun it don't mean to hurt I guess

You know what I love most about my life?  When someone tells me on Wednesday that I should join them on a trip that lasts Thursday through Sunday, I can go ahead and do it if I want.

One of the other post-docs told me about a mountain biking trip she and some others had planned.  "You should come," she said.

"It sounds like a lot of fun.  Maybe I should."

It was settled right then and there.  So, I packed my stuff that night, showed up at her house at 7:30 the next morning, and then we were off.  We drove about four hours to Canyonlands where we picked up the permits she and her husband had applied for a year ago, and then we were on the trail.  Six mountain bikes, two Jeeps loaded up with camping gear, food, etc., and a guy on a motorcycle.  Off on a four day ride along the White Rim Trail.

As you can see, the scenery was fantastic! 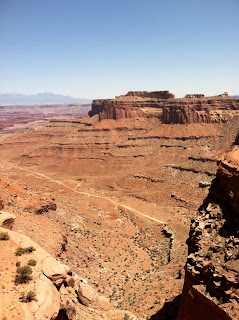 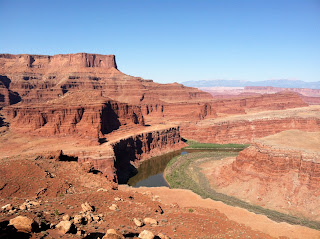 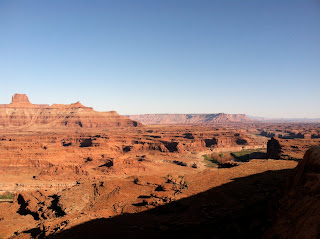 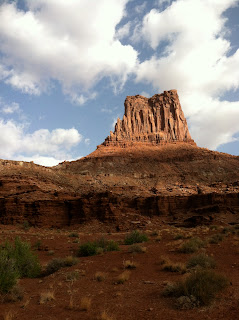 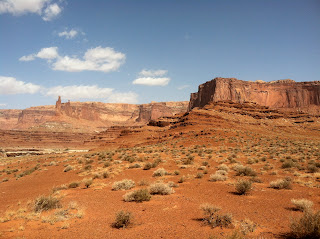 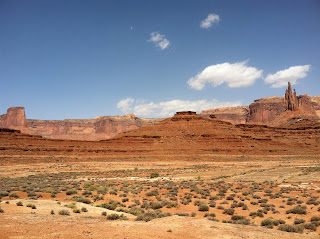 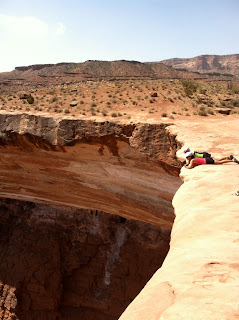 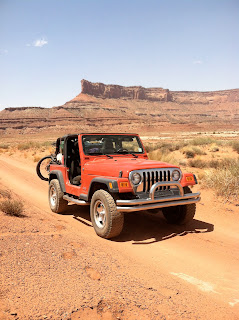 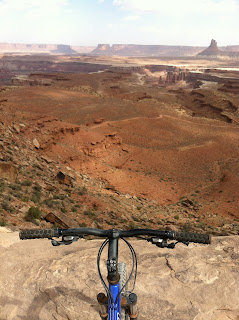 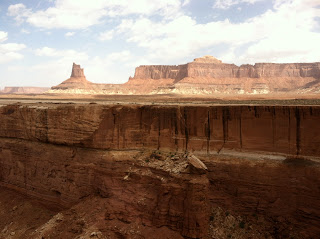 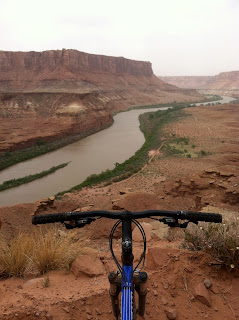 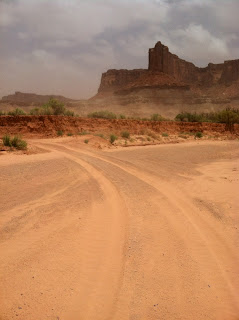 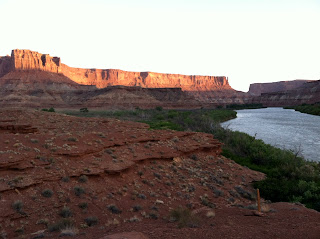 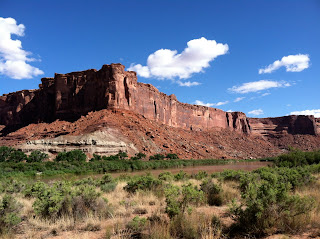 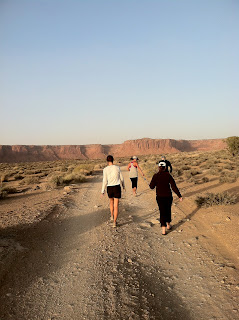 On average, we rode 25 miles a day.  We had two and a half days of very strong winds.  Some of the girls were actually blown off of their bikes.  Multiple times.  Luckily, the wind died down on the third day so we didn't have to fight it on the last climb out of the canyon (about 1200 feet in elevation over the course of about a mile and a half).

At the onset, I wasn't sure I'd be able to ride the entire way, but I knew I had to give it a try.  I made it.  I can't believe I did, but I feel pretty awesome about it.  Of course, then I found out that there are people who do the whole thing in one day, then I didn't feel quite as bad ass.  Whatever.

I might have some more stories to tell from the trip over the next couple of days.  Stay tuned.

Here's just one of the many reasons why my mother is awesome:  She makes all the cards she sends out for birthdays, Christmas, etc.  They're fantastic.  Here's the one she made for my birthday last month. 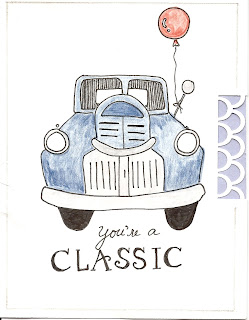 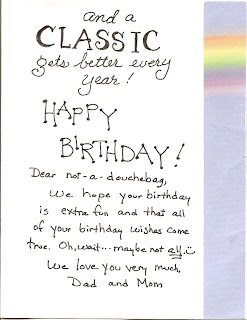 I especially loved the note she wrote inside it.  You can tell by the qualifier she put at the end that she reads my blog =)

I'm posting this early because I don't know if I'll get around to it otherwise, but I just wanted to wish her a happy Mother's Day.  Thanks Mom!  For everything.  I love you.
Posted by Native Minnow at 9:15 AM 4 comments:

Hard on the knees, money in the bank

I'm out of town for the weekend. Again. Trying to do a lot of that these days I guess. The guy whose house I'm staying at is a great host.

Him: Can I get you anything? Do you want some tacos?

Me: No thanks. I already ate dinner on the way out.

Him: Well, do you want something to drink? A beer maybe?

Him: How about a Vietnamese prostitute?

So I'll dig it up and bury it in the ground

One more story from my camping trip to the desert a couple of weeks ago.  We were out trying to catch lizards and snakes if we could find them, and my friend started talking about how we probably wouldn't see any rattlesnakes because people tend to kill them when they see them.

"Which is kind of ridiculous when you think about it.  A lot of people you talk to about it will say they know someone who's been bit or whose kid has been bit.  Especially in the mid-west.  But if you look into it, there are actually very few documented cases of snake bites in the U.S., and even fewer deaths."

Later that afternoon he said he was bummed out that he hadn't seen any rattlesnakes.

I facetiously said, "I'm glad they've all been killed off.  I used to have six kids.  Now I have three.  Lost three to snake-bites.  Do you have any idea how hard it is to bury a toddler?"

He answered, "It can't be that hard.  I'd think about three or four shovelfuls ought to do the trick."
Posted by Native Minnow at 2:29 PM 2 comments:

What I'm Listening To

The Naked And Famous - Young Blood
I went to a show last month where these guys opened. I have a new "celebrity" crush. A cute Asian girl with a New Zealander accent? Sign me up! The whole album is good, but this song is probably my favorite (along with everyone else). Although, there's something about it that makes me feel like I squandered my youth.

Native Minnow
Native Minnow is a doctor, but not the important kind. He is divorced and has three children who live with his ex-wife. Random people take it upon themselves to inform him that he resembles a young Bill Clinton. He does.